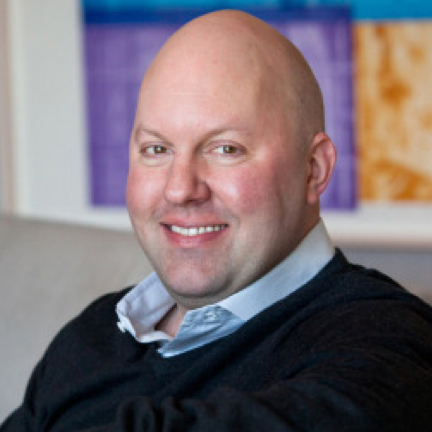 Marc Andreessen is a Co-founder and General Partner of the venture capital firm Andreessen Horowitz. He is an innovator and creator, one of the few to pioneer a software category used by more than a billion people and one of the few to establish multiple billion-dollar companies.

Marc co-created the highly influential Mosaic Internet browser and co-founded Netscape, which later sold to AOL for $4.2 billion. He also co-founded Loudcloud, which as Opsware sold to Hewlett-Packard for $1.6 billion.

Marc sits on the boards of eBay, Facebook, and Hewlett-Packard, among others, and holds a B.S. in computer science from the University of Illinois at Urbana-Champaign. 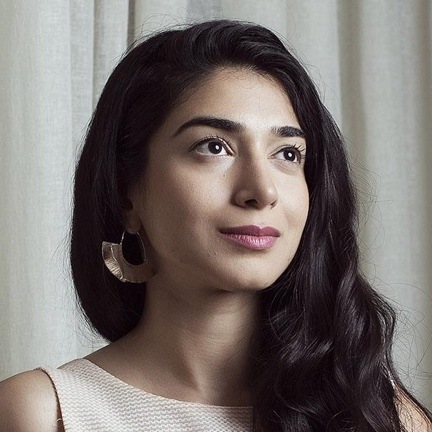 Shiza Shahid is an entrepreneur, investor, and advocate. She is passionate about leveraging philanthropy, venture capital, technology and the media to drive scalable social impact.

Shiza co-founded the Malala Fund with Nobel Prize winner Malala Yousafzai, and led the organization as founding CEO. She is now focused on supporting mission-driven startups whose financial success makes the world a better place through her VC Fund and Platform, NOW Ventures. Shiza is also the host of social justice TV show ASPIREist, which airs on USA Network. Shiza grew up in Pakistan as a vocal advocate for social change. She graduated from Stanford University with University Distinction. She was a business analyst with McKinsey & Company. She is also a graduate of Singularity University where she studied how to apply technology towards the goal of solving gender inequities.

Shiza has received many awards for her work including Times 30 under 30 World Changer, Forbes 30 under 30 Social Entrepreneur, WEF Global Agenda Council, Tribeca Institute Disruptive Innovator. She has been featured in multiple publications including Forbes, Fast Company, Elle, Glamour, Town and Country, The Edit, CNN, ABC, Al Jazeera, MSNBC and others. 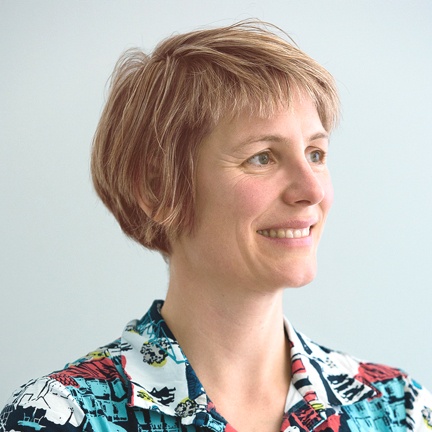 Head of getting moonshots ready for contact with the real world

Head of getting moonshots ready for contact with the real world, X, the moonshot factory

Obi leads early stage projects at X, Alphabet’s moonshot factory. X is a team of inventors and entrepreneurs working on projects like self-driving cars (Waymo), drone delivery (Wing), and internet from balloons (Loon). Obi is responsible for getting early stage X projects from the lab into the real world, or ensuring they fail fast. Previously she was Director of Consumer Marketing for Google in Europe, Middle East and Africa, which sounds like the easiest job in the world until you consider that Google has 100+ products in a region of 120+ countries as diverse as Germany, Russia, Egypt, and Kenya. Before Google, Obi launched the ecommerce business of a major UK retailer, worked as a strategy consultant, and led eToys.com's (unsuccessful) expansion to Germany during the first dotcom era.

Obi is a startup mentor and angel investor, with a focus on women entrepreneurs. She set up Campus London, a Google-funded space for tech entrepreneurs. She is on the board of Shift, a charity designing products to address social problems like youth mental health. She is also on the board of Picasso Labs, a tech startup offering real-time image analytics based on machine learning algorithms.

Obi grew up in Berlin and saw the wall come down. She has a BA in Philosophy and Psychology from Oxford University. She lives in San Francisco with her husband (a beekeeper/triathlete), son (an inventor/clown) and daughter (too early to tell, but high hopes that she'll be a rocket scientist/diva). She loves yoga, bicycling, travelling, contemporary art and design, cooking, eating, and her family. 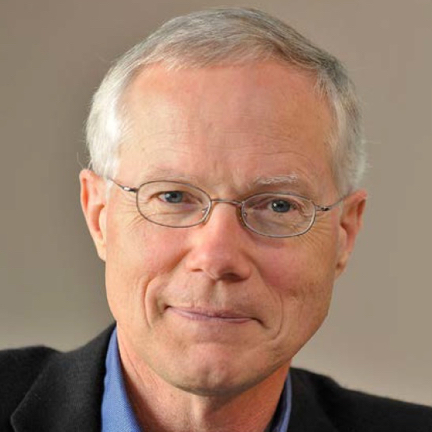 Founder & Chairman of the Executive Committee

Scott Cook co-founded Intuit Inc. in 1983 and now serves as the chairman of the Executive Committee. Before founding Intuit, Cook managed consulting assignments in banking, foodservice, and technology for Bain & Company, a corporate strategy consulting firm. He previously worked for Procter & Gamble, the household products giant, in various positions, including brand manager, for four years.

Cook is a member of the board of directors of Procter & Gamble; the Harvard Business School Dean's Advisory Board; the Center for Brand and Product Management at the University of Wisconsin; and the Intuit Scholarship Foundation.

Cook earned an MBA from Harvard University and received a bachelor's degree in economics and mathematics from the University of Southern California. 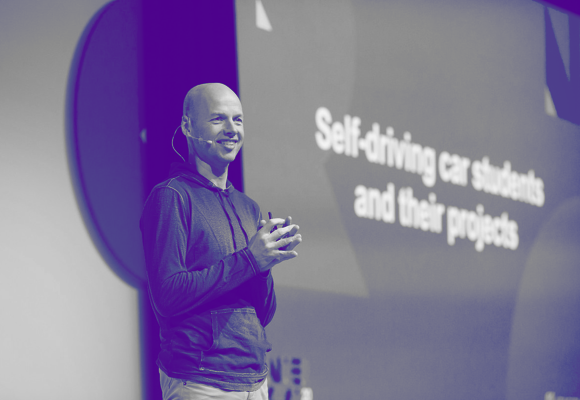 Lifelong learning is the key to success in our modern economy, and Udacity supports lifelong learners of every age and experience to achieve their life and career goals. Intersect 2018 offers attendees a wealth of resources and opportunities. 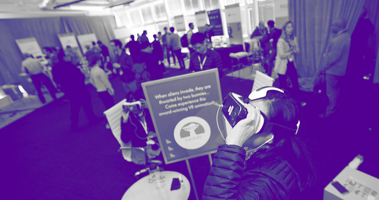 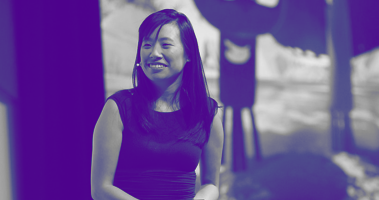 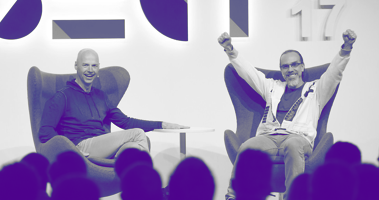 Our Hiring Partners Want To Meet You

Representatives from the world’s most influential and innovative organizations are eager to meet the next generation of talent from Udacity.

Join us for a full day of speakers, workshop sessions, and networking focused on advancing your career in technology.

When does Udacity Intersect 2018 take place?

Udacity Intersect will take place on March 27th, 2018. Registration and breakfast begins at 8:00 a.m. The conference will start at 9:30am and run until 6:00pm, followed by an after-party in the museum gallery.

Where will the event be held?

Intersect 2018 will be held at the Computer History Museum in Mountain View, California in the heart of Silicon Valley. The address is 1401 N Shoreline Blvd, Mountain View, CA 94043. You can find travel directions here: http://www.computerhistory.org/directions

What do I get with my admission ticket?

You get all-day access to speaker sessions, workshops and networking opportunities at the Computer History Museum. The ticket also includes breakfast, lunch and refreshments throughout the day, as well as admission to the after-party that evening.

What is the dress code?

Whether it’s formal business attire or t-shirts and jeans, dress in whatever makes you comfortable and confident!

Which airport should I fly into?

San Jose Airport (SJC) is located south of Mountain View and is the closest (10.8mi/17.4km) to the event venue, but it is the smallest of the three airports we list here, so flight options may be limited compared to San Francisco or Oakland.

Oakland Airport is located across the bay and is the farthest (32.7mi/52.6km) one away.

Where can I stay while in the area?

Is there any public transportation available to and from the event?

There is MVgo service from the Mountain View Caltrain station to North Shoreline Blvd. Stops #3 and #9 are a short walk to the Computer History Museum. You can also hire a car from your location directly to the venue using Uber or Lyft. If you are not familiar with how to use either service, please see here for a how-to guide for Uber and here for a guide on Lyft.

Will there be parking at the event?

There is free parking available at the museum.

How do I request a press pass?

Please email us at media@udacity.com with your name, email address and the publication you represent.

Can I get a refund on my ticket if I am not able to attend?

We do not issue refunds, but the tickets are transferable if you wish to offer the opportunity to a friend or colleague.

Can you provide a visa letter for me to attend?

Please submit a request through this form and we can make a determination.